Roll Your Own Community

The Algorithm is not your friend, but there is no shortage of tools to find real ones.

Every time a prominent (and often beloved) voice is deplatformed, we are met with a variety of canned responses. Each of these is certain to have been anticipated and exhaustively answered, whether in Mill’s On Liberty, or in replies. The most incurious and question-begging of these involves (say) Twitter’s status as a private company: They’re a private company, they’re not obligated to uphold the Bill of Rights, they’re not censoring anyone anyway, and hey it’s good that they’re censoring my enemies. They can build their own Twitter.

It’s familiar, but let’s try a different tack in our response to this petulance, considering that last remark in particular. It has always sounded appealing, if not entirely practical, right? But is it impractical? Here, I will treat it not as the taunt that it’s intended to be, but as a challenge that we’ll be wise to consider.

In sorting out just what Twitter (or any platform) really is, we’re tempted to adopt the very kind of description that the company uses itself. We might say that Twitter is the town square of the Internet, where those who are Always Online are always online. Does that really get to heart of what we’re doing when we log onto Twitter, though?

A better frame is suggested by questions like “What do you use Twitter for?” and “How can you do whatever you’re doing on Twitter, but elsewhere?” These questions have more varied and numerous answers than a thoroughly materialist account, and come closer to revealing alternatives.

When I am on Twitter, I am seeking opinions, suggested readings, and facts from a variety of people, and sharing my own with them. These people come from a variety of walks, but it’s not everyone. Rather I seek some combination of people I’ve followed, followers of those I follow, and those who follow me. I’m less concerned with those whom the Algorithm has determined that I will engage (or be engaged by) to some end. Though some among them are good people, the Algorithm isn’t sending their best: They’re sending TikTok creators, bots hawking immodest yoga pants from China, and legacy journalists.

Perhaps we’re actually after something simpler to understand, but more complicated to explain fully. Maybe we’re just after community, and something not so different from the community we experience among friends, family, and colleagues in the real world. A sensible online community might even help to make our friens our friends, getting us off our screens and into the streets.

Kinds of communities and how to launch them

The proliferation of open source has made it possible for patient power-users to launch their own social networks of various kinds. There are federated Twitter clones that you can host yourself, and YouTube and Twitch clones too. We may not immediately recognize the trusty listserv as a social network, but of course it is. And whoever said Slack and the like must be relegated to the office?

If you set your sights on achieving the scale of Twitter or TikTok overnight, you’re certain to fail. But is that what you’re after anyway? If your ambitions are to stake your flag somewhere in the long-tail, building a niche online community where everyone knows your name, the technology will be the least of your challenges. And if you already have a few dozen or one hundred or several thousands of people ready to join you, you may have few challenges at all.

A cozy community of your people

For decades now, people of no technical skill whatsoever have formed impromptu and often nonconsensual social networks of their own online. Upon finding a story that King Tut was buried under the Empire State Building, your very grandfather opened up his address book, and proceeded to forward the story to every one of his contacts, including his insurance salesman. He probably even included commentary.

You can do just about the same thing with tact and style by hosting your own newsletter software. The venerable Mailman, and the next generation’s formulation in Listmonk, enables you to launch your own mailing list application. If you’re looking for an easy and relatively private way to communicate asynchronously with your community, and send bulletins, you can’t beat the interoperability and convenience of email.

As the governor of the system, you can determine the rules: Who can join the list, or can anyone be invited or sign up? Can anyone reply to a thread, and does it go out to all the others? Are messages in plain text, will you allow the sharing of pictures? Questions like these will be yours to answer.

A ragtag band of weirdos and strangers

Speaking of plain text, has it ever occurred to you that Twitter is actually really stupid? Specifically that it’s little more than an RSS feed, and that if Twitter has several thousand engineers, they must be focused on something more than just facilitating the exchange of text strings?

Twtxt took this notion literally, and produced a text-file specification that represents the texts or microblogs you send and receive. Using the included command line program, you can easily follow, unfollow, and post – but these will be published to a simple text file that you can publish anywhere, or ideally hosted on a server of your own. You can install and bootstrap your own node in a matter of minutes, or use Yarn.social or Twtxt.net for a fancier one-click experience.

If you want more flexibility out of the box, and a feature set that mirrors our overlords, you might set your sights on Pleroma, a Twitter clone that can be federated with other web apps like Mastodon and many others. The instance you launch can be a private space for chosen poasters, or you can click it into a network of networks immediately, and communicate far and wide.

Or maybe you want to try something a little farther out there, something at the bleeding edge, where everyone you find will seem like a peer. Indeed on Urbit, they will be a peer as each user operates their own server behind the scenes and connects through a federated system.

Whether it’s posting and chatting, sending and receiving cryptocurrency, publishing on a hypertext canvas limited only by your imagination, or running other decentralized apps, we will have much more to say on Urbit in future articles. If you’d like a planet (or identity) of your own to try it out, members can drop us a line in the RETURN channel. There are also a number of specialized hosts to help you get started.

Writers and their acolytes

If in the end you wish to be a star, or distribute your samizdat in a one-to-many fashion, you can elect to start a Substack, or use an open source alternative like Ghost or WordPress. These platforms encourage a longer-form transmission in the form of essays and manifestos. Ghost is notable for enabling simple monetization of content hosted on your own server – and without the fees associated with Substack – while WordPress will enable you to build a fuller ecosystem to your exact specifications.

Depending on your audience and its size, it may be wise to eschew a traditional comments section, and integrate with a live community web app. Useful as well on its own, software like Mattermost or Rocket.chat can form the basis of any community, enabling real-time communication while rejecting the centralization of Slack or its emo cousin, Discord.

If you wish to cultivate an interactive experience, modern forum software like Discourse may be just the ticket.

Twenty years ago, the webring was a means of signaling one’s membership in some ephemeral circle, and a means by which users might discover other blogs of interest. A virtuous circle of traffic, exchanged between blogs to and fro, constituted a tide that lifted many boats. This primitive still exists online and off, and always will.

A key task of any nascent community leader is to find other communities with which to interface and form mutually beneficial relationships that result in more exposure to both. No one will be impressed if you enter another community only to tout our own, so be mindful of your host, be interested in what they’re doing, and engage them with integrity. You should be looking for complementary networks and communities, not competition.

If you’re a member of RETURN, you’re welcome to join the live community with other RETURN members and the entire New Founding community. Tell us what you’re up to. I’ll be in there, and you can ping me @chris. 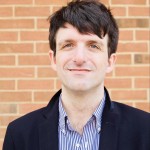