Borderline personality disorder is both a media construct and a diagnostic No Man’s Land.

For something like twenty years, I was told by mental health authorities that I had something called borderline personality disorder (BPD). Like a model psychiatric patient, I sat acquiescent in a mental ward while authority figures slowly and systematically changed the trajectory of my life just months before I embarked on a career.

I believed everything I was told. Until I examined the definition of BPD. While seemingly authoritative, symptoms of it sound like something we’ve heard many times before. Or, it completely ignores new sociological phenomena. Could so-called BPD just be the trauma sufferer’s adaptive response to a modern world, where social transactions have become fleeting, shallow and convoluted?

According to Dr. Ramani Durvasula, BPD is characterized by extreme emotional irregularity, where sufferers find it difficult to control their mood. This is thought to be due to sexual abuse or some kind of breach of trust by an authority figure. Such things include anger, depression and constant anxiety, but which are perceived in sufferers without justification. Closely related to trauma, debate ensues within psychiatric circles over whether or not BPD should be relabelled as complex trauma.

The “border” in borderline runs between neurotic and psychotic disorders, which was the dichotomy in old psychopathological schools of thought. Back then, the taxonomy of psychic disorder split phenomena into two camps: neurosis (e.g., debilitating anxiety, obsessive compulsivity, etc.) and psychosis (e.g., schizophrenia). The severity of emotional dysregulation that is characteristic of BPD leads the sufferer to such extremes of upset that they become suicidal and disjointed from reality: they enter a state of something resembling psychosis. Further, this was psychotic in part because suicidality and parasuicidality are common in those diagnosed with BPD. Suicide was considered in this old psychoanalytic dichotomy a psychotic thing to attempt: nobody in touch with reality consider it. This onomastic digression might be helpful in understanding the nature of the “borderline” personality. The affective dysregulation is so exaggerated, so the story goes, that the borderline patient becomes disconnected from reality.

Further, per Dr. Ramani, BPD is said to be characterized by feelings of flatness and boredom that are alleviated by risk-taking and reckless abandon. “Ennui” is a term to describe apathy due to lack of purposeful stimulation and definitive existence. There are certainly levels of intensity that warrant professional attention. You can’t deny the existence of suffering. But that’s why psychiatry has introduced things like antidepressant medication. How effective they are varies, but in any case, suffering still doesn’t justify the need for a label, and such a controversial one at that. Moreover, such a subjective definition of BPD obfuscates whether someone has the disorder or not. How many people feel a lack of contentment with jobs, life, relationships, often blind-sided by wealth, ego, celebrity? It is the Westerner’s dilemma.

There’s even a term to describe discontent, albeit not a clinical one. Alain de Botton’s 2004 book Status Anxiety describes the titular phenomenon where people constantly seek external validation through symbols of success – image, achievement, consumables. As a result, elitism and entitlement are, perversely,  socially and commercially incentivized via a meritocracy. I can vouch for this experience in my journalistic career. Eking out an existence in low-skilled, terribly unregulated and unstable jobs, where colleagues in a hierarchy looked down on me only fostered disillusionment. Journalism, in fact, may be status anxiety writ large. In light of demeaning, ailing economies, something like BPD can be convenient in conjuring a mental health crisis where “class struggle” would be more appropriate.

Addiction, a secondary result of flatness and boredom, is also a constant. In fact, it is almost encouraged. One of the most definitive characteristics of BPD is said to be sexualization of social transactions. Yet it’s hard to differentiate between neuroses of the individual and normalcy of culture when sexual liberation, even to excess, is a prominent component of contemporary feminism. What was once exceptional and stigmatized is now the norm. In her book, Female Chauvinist Pigs, Ariel Levy examines the rise of aggressive, commercial female sexuality and its impacts on intimacy for both men and women. Ultimately, what she finds is a sense of pervasive recycled hedonism under the banner of feminism.

Passion isn’t the point. The glossy, overheated thumping of sexuality in our culture is less about connection than consumption. Hotness has become our cultural currency … Hot can mean popular. Hot can mean talked about. But when it pertains to women, hot means two things in particular: fuckable and salable. The literal job criteria for our role models, the stars of the sex industry.

A further symptom of BPD is said to be the oscillation between euphoric idealization of others, and vehement hate. As a result, interpersonal relationships are markedly ephemeral and tumultuous. In the context of relationships, that can mean anything. According to the popular American crime show, Stalked, the alleged distinction of BPD is that sufferers are instantly romantically attached to recipients whether any such romantic affiliation is afforded them or not. To add, they simultaneously possess a level of intensity not normally attributed to such short interactions – marriage and children. Subsequently, they vehemently imbue victims with hate for having declined their advances or perceivably rejecting them.

BPD’s alleged danger is further cemented by populist media depictions. The most famous person to date who allegedly personifies this, is Aileen Wuornos. But according to Nick Bloomfield’s documentary The Selling of a Serial Killer, he outlines the opportunism with which her story was met.

While no justification, her story of abuse is hardly standard. Sexually abused by most of her family members as a child, pregnant at fourteen, and ignored by her mother, she became a street prostitute from a young age, developing a severe drug habit. She was roadside prostitute in Florida, where she shot six men while feigning distress.

However, without any of the public knowing, pending lucrative movie deals about Wuornos being a serial killer, helped prescribe a culture of hyper-reality, distorting many facts. For one, before committing these crimes, she was raped by a notorious sex offender, while her girlfriend Tyra Moore, encouraged her to keep doing it.

Ultimately, BPD became a media construct used to present the first female serial killer in history, via female hysteria and trauma. Though female serial killers have been around for centuries. In any case, this hardly represents an unadulterated and straightforward depiction of trauma. Society will never really know what Wuornos suffered from or what motivated her, despite being frighteningly archetypal.

To add to rather dubious social transactions, is also information overload. Traumatized, bewildered individuals who often function alone and don’t relate to societal constructs, then have to sift their way through an abundance of overlapping, nuanced information. This ultimately has them believing they are inherently disordered. This is exactly what happened to me. I thought I was a confused, attention-deprived, chaotic individual. However, information overload is a real social phenomenon.

Barry Schwartz’s The Paradox of Choice outlines how cumbersome swathes of information has become, but more importantly, how relevant it is to consumer health. His introduction on trying to buy jeans sets a humorous tone for the overarching theme of tyranny over endless choice:

According to the DSM, there are currently over three hundred mental health disorders. That’s not to mention many drug and therapy options and alternative health science on top of that. As is widely promulgated, ADHD is a problem of dopaminergic, noradrenergic, and acetylcholinergic distribution. This causes an inability to concentrate, sit still, deal with repetition or monotony; focus on immediate tasks; hyperactivity and also sometimes hyperfocus; addiction, mood swings, interpersonal difficulty, sensitivity and poor work performance. Symptoms of BPD cause just that. Two hundred and ninety-eight disorders plus countless interpretations to go.

With information overload we also miss the most important points. For anyone inducted into the mental health system in a perfunctory way, BPD is meant to have a distinct diagnostic differential. There are nine said traits, which Dr. Durvasula outlines. But the most crucial point is that, “in order to be formally diagnosed with BPD, patients must display five concurrent symptoms out of nine characteristic traits.” The exact same criteria is also echoed by the current DSM.

Not one psychiatric professional matched my alleged diagnosis against this symptomatic criteria. Ultimately, I was never formally diagnosed. And I am not alone. Jillian Enright outlines this exact same experience in her article, “My ADHD was Misdiagnosed as a Personality Disorder.” Diagnosed at a cursory glance, she found herself given counseling not suited to her actual condition. In fact, this is one of swathes of articles that are testimony to lack of adherence to diagnostic differentials. That’s because there is no criteria.

What we, whether in a professional capacity or not, tend to label as “BPD” may now be closer to a meme than a disorder. It’s a one-size-fits-all answer to the tensions lying just below wider social trends that most people take as granted. It’s coping with disillusionment and angst on credit. And until the psychiatric community sees this more clearly, those saddled with the scarlet acronym will assume the brunt of the debt. 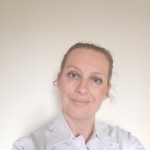 Kerry Ridgway is a freelance writer from Geelong, Australia. She writes about disability, sociology, and politics, sometimes all three.

Kerry Ridgway is a freelance writer from Geelong, Australia. She writes about disability, sociology, and politics, sometimes all three.