The key to the critique of capitalism is the revaluation of value.

Capital, writes the philosopher Brian Massumi, is “the potential to derive from a present quantity of money a greater quantity of money in the future … That potential is the effective engine of the economic system.” He continues: “The capitalist economy, despite its calculative fervor, is more fundamentally concerned with potential than it is with actual quantities.”

If capital is potential, value is its realization. And in the movement from capital to value, there is great flexibility. Value can take many forms, monetary or otherwise. Capital’s potential mobilizes the social body, enacting and giving form to value. In the vein of the late anthropologist David Graeber, value is the coordinated social embodiment of creative potentiality.

Value theory guides capitalism’s realization of potential. It’s the selecting hand. It can be explicit, as it was in the days of classical and political economy. Or it can be implicit, as it is today, buried beneath price signals. But it cannot be done away with. We’re always realizing only a subset of our potentials, and there’s always a theory of value at work guiding the selection process.

Today’s guide is marginal utility theory, and it has no shortage of criticisms. Critics often summarize it as claiming that “price equals value.” But if you gather up its detractors and look around, you might notice something interesting.

Instead, critiques center on marginalism’s conflation of price and value theory. Market prices and social value do not always have the most convincing of overlaps. See, for example, the disparity in pay between teachers and marketing executives. Marginalism is blind to forms of value that extend beyond what information prices can convey. But prices, I hypothesize, will dominate value theory in proportion to the singularity of markets in the social provisioning process. But we’ll get to that later.

The question for now: what is value, if not prices?

Rather than inventing a new form of value, we can return to one that evolution has been working on for quite a while. It lies in the evolution of living systems. To get a clear look, we can turn to enactivism, a domain within cognitive science. “The primordial structure of value,” write the enactivist biologists Andreas Weber and Francisco Varela, “manifests in what can now be called the subjective dimension even for the simplest organisms.”

Weber uses the term “enlivenment” to describe this evolutionary process of value production. In 99 Theses on the Revaluation of Value, Massumi uses a similar idea: “vitality.”

A revaluation of value must contrive to develop this connection between value and vitality that is presupposed by the market but disavowed by it. It must make qualitative excess a postcapitalist virtue ….

Alright then. Let’s do it.

Enactivists contend that cognition does not passively mirror objective reality back into our skulls, as some “internal representation” of what’s “out there.” Instead, living systems give rise to the worlds they perceive through the interaction of their sensorimotor faculties and their environments. Living systems engage in “transformational and not merely informational interactions: they enact a world.” In this transformational process of enacting a world, value is born.

On this view, living systems are inherently “productive.” First and foremost, they “produce themselves from within,” driven by the basic imperative to continue existing. The philosopher Evan Thompson writes that processes of self-production “instantiate a locus of subjective value in an otherwise valueless and subjectless world.”

Weber describes this creation of value as a sort of heat map laid upon perception, where its realization is first and foremost an embodied experience:

As living organisms, we as biological creatures are already embedded in value-creation…Bringing forth a body follows a primary goal – to exist. This puts a universal grid of good and bad over the perceived world. Being an organism means constantly producing existential value. So we need to recognize our bodies and emotional existence as sources of value prior to deliberating about which theory of value may be best.

Elsewhere, this “universal grid” is recast as a “web of significance” that establishes a normative perspective on the world. Here, value is both the means and ends, the guide and destination of perception. This navigational quest for value is dubbed sense-making:

[O]rganisms cast a web of significance on their world. Regulation of structural coupling with the environment entails a direction that this process is aiming toward: that of the continuity of the self-generated identity or identities that initiate the regulation. This establishes a perspective on the world with its own normativity … Exchanges with the world are thus inherently significant for the agent, and this is the definitional property of a cognitive system: the creation and appreciation of meaning or sense-making, in short.

The key to unlocking the enactivist theory of value is to learn, as I confirmed with Thompson, that they use “significance” and “value” synonymously. To say that the exchanges between living systems and their worlds are inherently significant is to say that they inherently produce value. This value does not first appear as a quantifiable abstraction, but a quality of perception. We might even say that the tone and texture of consciousness function as seismographs of value production.

But what is being produced? What is value? The second of Thompson’s three pillars of the sense-making process puts this explicitly: “Significance [value] as positive or negative valence of environmental conditions relative to the norms of the living being.” Valence is the intrinsic “pleasantness” of a particular state of consciousness. Joy, uncontrollable laughter, or the aroma of a freshly cooked favorite meal all have positive valence. Sadness, fear, or anxiety have negative valence.

Valence, to enactivists, is value’s form. But valence alone, as a foundation for value theory, flies too close to a brute hedonism. To get from valence to vitality, we can add a temporal dimension.

Both scarfing down a pint of caramel swirled ice cream and shooting a balloon of heroin can provide a fleeting hit of positive valence. But over time, they establish negative feedback loops that undermine our capacity for sustained positive valence. In the longer-term, fructose and opioids are unwise hedonic tools.

While valence can be momentary, vitality endures, thanks to positive feedback mechanisms. As examples, you might imagine exercise, psychedelic-assisted psychotherapy, or even empowering workers with leverage to participate in both the content and processes of their work.

Vitality describes a set of positively-valenced experiences that make us feel more alive through time by fostering positive feedback mechanisms. Value, to return to our question, is the enaction of vitality in living systems.

If capital is potential and value is its realization, structure is the bridge between. Merely changing the idea of value is limp. Value is not simply an idea, but an outcome of a systemic, structured process. Producing a new form of value requires new structures.

Graeber defines structure as the “way in which changes – or in the case of social structure, action – is patterned; it consists … of the invariable principles that regulate a system of transformations.” Value theory, if it is to have teeth, must then design structures that are to pattern its transformations.

Vitality often lies in activities that resist pricing. Markets allocate capital towards outputs that generate observable and appropriable returns. Returns that can be priced.

One strategy is to structure the production of value to extend beyond prices, into a wider evolutionary search for vitality. Prices will dominate value theory in proportion to the singularity of markets in the social provisioning process. If the production of value is to extend beyond price, so must the mechanisms by which society provisions resources.

Concisely: reducing the predominance of markets can expand the scope of value production.

Alternatives to markets can include public goods and infrastructure, public enterprises (like housing, transit, education, and utilities), managing resources as public commons, unconditional cash transfers (like basic income, child allowances, or baby bonds), and universal social policies (like universal healthcare). Broadly, I think of this category of market alternatives as unconditionality.

Unconditionality’s key dynamic is to reduce the average amount of one’s life-time that must be exchanged via labor markets to access the necessary resources for a dignified life. Citizens gain the freedom to reallocate their time from paid employment to unpaid activities, if they wish. We can call this, as a generalization of Marx’s own use of the term, the reduction of “socially necessary labor time.”

Socially necessary labor time carves out a portion of one’s life, and places a constraint over what actions one is free to take therein. Within its boundaries, citizens are only free to pursue forms of value that are priced by labor markets. Increasing unconditional resource provision reduces socially necessary labor time, growing the diversity of forms of value citizens may pursue. In the evolutionary search for value, greater diversity increases the odds for adaptive selection.

In terms of vitality production, unconditionality structures the transformations of social life so as to invest in broader spheres of value production that remain illegible to price signals.

The Wealth of Alternatives

The inverse of reducing socially necessary labor time is increasing what the philosopher Martin Hägglund calls “socially available free time.” In his own analysis, this is the key to the revaluation of value:

Paradoxically, capitalist societies have long professed some degree of commitment to this project. Progress was once widely seen as the evolution of our lives from labor to leisure. But in every age, from Marx, to Henry George, through to Hägglund, critics have argued that there is something intrinsic to the structure of the capitalist economy that undermines this project.

Perhaps, at least in part, we can now identify this tension as a consequence of over-reliance on labor markets for the provision of resources (compounded by the erosion of pro-labor institutions to influence those markets).

But diagnoses empower remedies. The landscape of our potentials is vast, awesome, and attentive, always ready to change course. Things can always be otherwise. All around our social reality, parted by the filmiest of screens, lie potentials in wait. What the psychologist William James writes about alternative states of consciousness also applies to alternative realizations of social potentials: “We may go through life without suspecting their existence, but apply the requisite stimulus, and at a touch they are there in all their completeness.”

There is greater conviviality within reach. A stronger commitment to unconditionality may offer one stimulus to bring it forward. As we gain the freedom to diversify the forms of value we enact, we may yet discover thousands more. 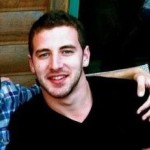 Oshan Jarow is a writer and podcaster exploring the space between emancipatory social science and consciousness studies. He is a cofounder of the forthcoming Library of Economic Possibility.

Oshan Jarow is a writer and podcaster exploring the space between emancipatory social science and consciousness studies. He is a cofounder of the forthcoming Library of Economic Possibility.