Into the Metaverse, for Better or Worse

Mark Zuckerberg's virtual vision will leave us fractured but somehow closer than ever.

As the world eased into COVID lockdowns, it seemed the only reprise from staring at screens to stay connected to each other digitally were fits of banging pots and pans outside our windows and drive-by birthday celebrations in an attempt to remain connected in an analog fashion. Socialization both screeched to a halt and accelerated through a hairpin turn. In-person chats gave way to more sharing on Instagram, Messages, Snapchat, Zoom, and other digital platforms. We’d long been taking full advantage of them but having been forced into a tunnel of technology has introduced new problems.

During a period of intense scrutiny and several scandals, Mark Zuckerberg rebranded his company as Meta and made platforms like Facebook and Instagram wholly owned subsidiaries of this new parent company. It’s a page stolen from Larry Page, the former Google CEO who birthed Google’s own parent company, Alphabet.

It’s important to remember when Alphabet was launched, Google was under heavy scrutiny. Antitrust hawks were circling; Google’s various “bets” like its internet balloons and moonshot labs were of concern for investors; Fiber had critics looking for cause to break Google up; its monopolistic control of internet search shadowed everything else it was working on and provided a platform for enemies to wage war. Google controlled search – why was it so eager to also become an internet service provider, too?

Alphabet allowed Google to just be Google and the other bets like health startup Calico, X-labs project Google Glass, internet balloons, Google Fiber, and other scattershot projects, to exist independently.

Meta isn’t an accidental naming scheme. Facebook, Instagram, WhatsApp, and Meta-owned Oculus have all been embroiled in various controversies over the past five years or so. Zuckerberg’s flip to Meta is a heavy-handed signal the entire suite of products is looking toward the metaverse.

Zuckerberg believes the metaverse is the next iteration of digital interaction and will leave phones and desktop computing in its wake. He’s not alone. Google Glass was an early, clumsy stab at the metaverse; Apple is allegedly working on its own heads-up eyewear; Hololens from Microsoft is keen on cornering the “mixed reality” enterprise metaverse.

The metaverse has its roots in virtual reality, which in-turn has its roots in 3D graphical interface software popularized in gaming. VR gaming company Oculus is Meta’s $2 billion bet on virtual reality as a metaverse platform for everything. Another Google bet, Niantic Labs, has become an Alphabet company that pioneered a more modern approach to augmented reality via the Ingress and Pokémon Go game franchises.

Virtual reality forces you to go all-in on digital, while augmented reality overlays digital imprints on the physical world around you. These two platforms are unique, but both represent a paradigm shift for computing and new business models and opportunities for all tech companies.

COVID lockdowns forced us all down the same doom-scrolling rabbit hole. While we were locked inside staring at screens, Google saw revenue jump sixty-two percent year over year (Q2 2021) as did Meta (Q3 2020). In 2021, Meta (then Facebook) sounded the alarm on a downturn, writing it would “continue to face significant uncertainty” throughout 2021.

Part of Meta’s uncertainty had to do with Apple’s tracking consent, which it claims could cost the company $10 billion annually. This admission showed why Zuckerberg was so keen to cannonball his entire conglomerate into the metaverse: shareholders influence company decisions, and Apple’s decision to force Meta’s various apps to admit to users how much info they were gathering would do harm and influence income and stock price. The metaverse is an escape hatch to an uncontrolled environment.

Those old enough to remember the internet before Google and Facebook will recall how wild-west it was. Search was objectively terrible; there was no Wikipedia to provide reliable information; influencers had websites with bad flash animation (but often had interesting things to say). If you had an internet connection (this was also the era of dial-up internet and well before mobile phones with 5G) you wanted to go online. It was fun. It was cool. It was new, and interesting.

The early internet had its own flaws. Google revolutionized search algorithms and brought order to the chaos. Facebook connected everyone on a single platform. These two companies made it easier and faster to find information and each other. They did so without oversight or interference.

Google prioritizes its services via its search engine, which is the basis for a lawsuit filed in 2021 by the state of Ohio calling Google’s actions “discriminatory and anti-competitive.” Similar legal steps occurred before Facebook gave way to Meta.

Alphabet and Meta were formed because Google and Facebook were successful enough to make enemies. Both started with a single product, idea, and purpose, and ballooned into mega-corporations. Both acquired smaller companies to grow the company’s overall portfolio. Alphabet and Meta are also friendlier names for investors because risks are diversified.

Meta and Google compete, too. Many people search Facebook before they will search the web at-large. Both companies have robust ad platforms that contribute billions of dollars annually to earnings. Meta knows a lot more about you than you’d like, a program designed to emulate Google’s behavior tracking in search. Both companies argue keeping a dossier on each user helps their use of the platforms become personalized and thus better, but we all know it’s really to surface relevant ads. It’s the open secret of the open web.

A question we can’t shy away from is why these huge tech companies are running toward the Metaverse when they haven’t solved all the issues we currently have. Autocorrect fails us daily. Search is gamed. Facebook still creeps on you daily just to keep its lights on.

The all-out sprint towards the metaverse is tech being tech: it’s a run-and-hide play. Heading to the metaverse helps these companies establish new money-making towers on digital soil regulators and lawmakers have no idea how to navigate. By the time Facebook, Google, Apple, and Microsoft are established in the digital world tomorrow, government agencies will still be trying to understand how to unfollow someone on Instagram.

It won’t be all bad. We’ll have a moment in time where small companies create cool things before being acquired or emulated into oblivion by big tech. People with digital avatars in second-life-like forums will impact others in new and interesting ways. Hardware will get better, augmented reality will become nearly must-have for day-to-day tasks, and we’ll end up with metaverse experiences in places we currently can’t imagine.

There will be holograms. Sides of buildings will come alive with animations. A helpful avatar may lead you through a busy city when navigating in a mapping app. Clippy may come back. If Meta has its way, you’ll only see friends as their digital selves in a virtual environment. We’ll again be fractured but somehow closer than ever.

And big tech companies will push us into the metaverse pool until we’re pushing each other in like penguins do to one another to see if the water below is safe.

Tech companies are going to the metaverse to make money, dodge regulators, influence lawmakers, and grab more land in the new digital frontier. It won’t be safe – the internet now isn’t safe – but it’ll be fun. Someday, we’ll have to do it all over again in whatever tech decides comes after the metaverse. 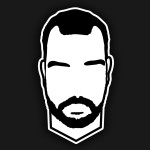