How Africans are building their own tech infrastructure.

Africa’s tech startup funding is increasing six times faster than the global average. The continent’s late arrival to digitization has produced a competitive advantage because lessons from breakthroughs and mistakes already made by Silicon Valley can be implemented. Africans shape these approaches to fit their unique cultural and economic dynamics.

Untapped pools of technological resources lay in the African continent. Linking these up to the global current of information flow may bring further advancements. The continent’s potential is evident enough in the companies that have gained prominence.

In 2016, the fourth Africa Internet Summit was held to unravel the myths and historical complexities surrounding Africa’s reception of the internet. Grandfathers of the African internet – Nii Quaynor, George Sadowsky, Alan Berret, Alan Greenberg, and Pierre Dandjinou ​​– all sat together at the convention to share thoughts about what guided Africa’s technological evolution and where its future will lead.

With the ever-evolving nature of work, interactions, and standard of living, Africa has plunged – almost fully – into information technology. Statistics show that the continent will attain parity with the rest of the world in terms of technological advancement if up to three-quarters of the population become internet users.

George Sadowsky, the man who introduced microcomputers to process census data in Africa, said that the first key event to establishing the internet in Africa was when the Africa Centre d’Informatique du Rwanda took ownership of Africa’s first computer in 1980. “It had a hundredth of the power of my iPhone and cost at least 1,000 times as much,” George continued. He had helped in the installation of this computer – a distressing event which he admitted also served as a positive stimulator in his mission to help develop the internet in Africa. George affirmed that for the rest of that decade, networks began to appear across Africa with NGOs and universities playing impactful roles in developing infrastructure and generating capacity.

Alan Greenberg, who became an iNET organizer in 1995, affirmed that the annual workshops were an absolute success. These workshops in conjunction with iNET San Francisco meetings began in 1993 to assist numerous countries in connecting to the internet. It aimed to extend the reach of the internet, guide operators towards obtaining and supplying services and manage national networks to ensure growth and sustainability. In seven years, over 1,500 students attended the workshops and 447 from were African countries. “With each workshop, we were training more and more students from Africa which was encouraging…but in the grand scheme of things we were only making a minimal impact,” Alan said. To change this, he discussed with the committee to train trainers instead, so that they could, in turn, train people in their communities and hasten efforts to expand internet connectivity.

This worked out, and finally, a regional conference on internet governance was held in 1998 to discuss the establishment of AFRINIC, Africa’s internet registry. Towards the roundup of the summit, Pierre Dandjinou talked about the initial challenges of setting up AFRINIC’s managing committee which would represent Africa’s rich cultural diversity. Dandjinou praised the unrivaled energy and commitment that they showed towards building the foundation of Africa’s rapidly spreading technology.

The proposals of technical solutions that presented themselves after the internet’s availability seem to follow a chain. Nearly every technology-backed creation is built around how much internet Africans can access and this interconnectedly affects the proliferation of other tech sectors.

The beating heart of African internet use is mobile technology. After its introduction in the eighties, a surge in mobile phones across different towns in Africa followed closely. The reason was and still is, that most people can’t afford or navigate the processes required to operate computers, so they opt for smaller, more cost-friendly, and easier to operate devices – mobile phones. Shapsak says that most Africans are introduced to the internet through their phones, which allows for the spread of internet use beyond a small circle of the wealthy.

The economic potential of the rapid spread of the internet in Africa cannot be understated, as with the proliferation of mobile technology, 1.7 million jobs were created, contributing up to $144 billion to the continent’s economy – 8.5% of its GDP. Mobile technology has gone on to boost and build momentum in various other parts of Africa’s tech sectors and is even assisting agritech in the fight against climate change.

Fintech, Africa’s leading tech sector, which attracted up to fifty-four percent of general tech funding in 2019, is using the internet more than ever to capitalize on its services and solve the financial needs of Africans. With digitisation broadening and mobile phones more accessible, fintech has experienced a boost over the past few years by combining mobile tech and the internet to provide financial services like cellphone-based banking. In 2018, Africa accounted for nearly half of global mobile money as a result of the significant expansions in mobile digital financial services. According to Brookings, it will see the fastest growth in mobile money transfer through 2025.

This is happening even as the wider discussion about financial inclusion for the unbanked continuously falls short. Numerous traditional institutions have been unable to resolve the crisis with the high cost of running branches in crannies where few Africans reside. So, without mobile banking people cannot access banks or have bank accounts, which isolates them from the global financial system.

Picture this: a very remote Kenyan village where a trader cannot trek miles away from his home to get to the nearest bank station – transportation is not feasible either, as the roads are not in motorable condition. So he takes his phone instead and sends a password with a request for money. Minutes later, a remote agent meets him and hands him the requested money. This is how Safaricom’s M-Pesa fills in the broad for Kenyan citizens as it presents an easy, fast, and non-discomforting model of transacting finance.

The mobile money system took off almost twenty years ago in Kenya and has already surpassed payment systems in the West. The success of financial inclusion in Kenya, championed mostly by M-Pesa, was visible in the formal financial inclusion report of unbanked regions which increased to over seventy-five percent of the adult population in 2016 from about twenty-six percent in 2006.

The fruits of widening internet access have rapidly begun to spread into the ability of connected companies, large and small, to compete in the rapidly expanding African economy. Martech, a portmanteau of marketing and technology, is a combination of marketing techniques and technologies. Over the past decade, it has been used to assist company owners and marketing teams with their marketing strategies. It is mostly used by digital marketers, and also for the optimization of offline marketing channels. Presently it serves as the best viable option for marketing in African businesses. Diverse African tech sectors are continuously restructuring and rethinking how they carry out business and keep up with transformations in technology and multiple economic conditions in the world.

As technology now holds its place as a key component in the strategic development of companies large and small, there is a consistent attempt to adapt to political, social, and technological changes in the business environment. The regional presence of platforms like Facebook, Twitter, and LinkedIn is a great proponent of the current martech’s progress in Africa.

For example, Nigeria’s Zedi Africa is a martech company that helps scale startups which can’t afford the high cost of getting experts or accessing marketing tools without incurring excessive expenses. The company’s mission is to help entrepreneurs maneuver around obstacles that intersect with Africa’s culture and economics like cash flow restrictions and volatile government policies. Zedi thinks that as government restrictions in Africa are very unpredictable, businesses have had to be flexible and work out intellectual out-of-the-box solutions to future crises. This is what Zedi constantly does in its evolving processes, like so many other modernizing African companies.

One can think of these varying tech sectors in Africa as “waves” of technology, being that they all had seasons in which they thrived, or an evolution of themselves into more problem-solving complexes as complications within Africa continuously arise.

The symbiotic nature of these sectors cannot be understated. You cannot fully encapsulate the progress of one without pointing to another. While digital interconnectedness is either taken as granted or bemoaned for its drawbacks in North America and Europe, it assumes a more hopeful resonance as Africa writes its own code. 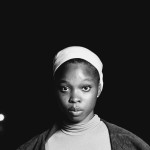