How close are we to artificial wombs?

Since the first man, the human race has expanded and developed in a simple way: a man and a woman have sex, and a man’s sperm fertilizes the woman’s egg. Within four days of fertilization, a tiny cluster of cells begins to develop – the embryo. That embryo, which has by now expanded to around 100 cells filled with fluid, travels along the fallopian tube, and within a week of conception, resides in the uterus, where it anchors into the mother’s body, growing by drawing nutrition from blood vessels and glands.

Within two months of conception, the embryo becomes a fetus, and after nine months, a baby. This is a miracle of human nature you likely learned in science class – and is solely down to the wonder of a mother’s womb.

But a minority of the scientific community has taken a different view. It has a plan to remove the human from the post-conception process – to grow embryos independent of a womb, and instead to artificially nurture them. The ability to independently develop a human being outside a mother’s womb would have enormous ramifications for society and the human race. “What does it mean for society when we can produce children without any burden on women?” asks Maneesh Juneja, a digital-health futurist.

The “motherhood penalty,” caused by women having to step out of the workforce in order to give birth to then care for children, means those with children earn 45% less in the medium and long term than those who chose not to give birth, according to research by University College London. “If these artificial wombs do become a reality at some point in the future, does that mean that this solves the problem of gender equality in the workplace because women who choose to have a baby have a choice whether or not to remain at work just like men currently do?” says Juneja. “It would have huge economic and societal effects.”

It’s a potential that has been backed by the likes of Tesla CEO and SpaceX founder Elon Musk, and Ethereum co-founder Vitalik Buterin, who have both said that the development of artificial wombs could be a solution to the world’s imminent population crisis, and the inequality that women face in the working economy. It hasn’t escaped many that both Musk and Buterin are men, trying to ‘solve’ a problem that most affects women – but their social media discussion about the potential of ectogenesis, or developing fetuses outside a mother’s womb, has drawn public attention to it.

The potential ramifications of this research are so great that there are plenty of competing projects to try and bring artificial wombs out of the laboratory and into reality. Exo-Genesis, a community looking to promote the development of extra-uterine devices that can grow human babies in vitro, held its first in-person meetup in San Francisco in late February. Among the attendees was Divya Cohen, a medical doctor, MBA and MPA with nearly two decades of experience in healthtech startups. “I feel very strongly that we need to make this a reality,” says Cohen.

She points out that one in every 5,000 women don’t have a uterus – “and we don’t do anything about that.” Thirteen percent of women want to be mothers but don’t want to go through pregnancy. And infertility rates are rising by one percent every year in men. “By 2045, if that trend continues, the majority of couples would need reproductive assistance,” Cohen says. “This isn’t the only technology that would be useful, but it’s certainly a tool.”

It’s technology that is reportedly in development in university laboratories around the globe. In February, China’s Suzhou Institute of Biomedical Engineering and Technology claimed to have developed an AI-based technology that can nanny human embryos in artificial wombs by monitoring levels of nutrition and carbon dioxide in artificial environments that help grow embryos to term – a key issue in previous experiments that have tried to develop embryos outside a real womb. The goal of the AI is to mimic the inexplicable alterations and changes that a mother’s body subconsciously undergoes in order to nurture an embryo throughout pregnancy – and is easier said than done.

While the AI gained plenty of attention and a huge number of news stories, the reality is more prosaic: the technology hasn’t been tested in humans, and isn’t guaranteed to be all that effective, despite the splashy headlines.

One project that’s at the forefront of artificial womb development – and was one of three papers discussed at the Exo-Genesis meeting in San Francisco – was one based out of the Weizmann Institute of Science in Rehovot, Israel. Alejandro Aguilera Castrejon is the lead author of the project to gestate a mouse embryo, which published its results in 2021.

Prior experiments had allowed similar chimeric-modeled embryos for two days – but Aguilera Castrejon’s carefully monitored conditions allowed the embryo to grow for six days after it was implanted into a mouse, five days after fertilization. He and his colleagues are now working on starting the same process to grow embryos from day zero of fertilization, rather than day five. The hope is that similar methods can be applied in the future to humans. But there are some issues. The mouse embryos Aguilera Castrejon works with die after day eleven of the fertilization process because they come too big, preventing the oxygen and nutrients that would help them grow further into a fetus from entering the embryo. “They basically die,” he says.

That problem with mouse embryos is likely to be compounded with humans. Another challenge Aguilera Castrejon and his colleagues faced was keeping the embryo free of infection and contamination – an issue exacerbated should a similar experiment take place with human embryos, because they take longer to develop. A mouse pregnancy lasts twenty days; humans, nine months. “The longer you have the embryo in culture, there are more things that can go wrong,” he says.

The twenty-nine-year-old researcher, who has been working on his project for five years, believes that artificial human wombs are a while off. “In mice, I would say maybe it’ll be a reality in ten years,” he says. In humans? “I don’t think I’ll live to see humans,” he says.

Aguilera Castrejon believes it’ll take “at least fifty years” for science to bring a human embryo to full term, and that it’s not just the technological and biological challenges of doing so that is preventing development. In Israel, even if Aguilera Castrejon and his colleagues at the Weizmann Institute had the technical knowledge to grow a human embryo for the first month of its formation, they currently couldn’t. “Maybe at some point society will advance to allow us to be born outside the uterus,” he says. “I think technically this will be possible, but the main limit is the ethical aspect.”

Things are changing there – and fast. In May 2021, the stem cell research community’s public voice, the International Society for Stem Cell Research (ISSCR), dropped a rule that had previously prevented human embryos being cultured for more than fourteen days. Some concerns still remain about mixing human stem cells and non-human embryos in chimeric models – most recently over a 2021 US-China project that combined humans with macaque monkeys – but there is a growing acknowledgement that such experiments are important steps for the future of fertility.

While Aguilera Castrejon is pessimistic that babies grown outside their mother’s womb will be born in his lifetime, he does see a shift in attitudes, even in his five years in the field. For Cohen, the conversation needs to move beyond the field, into the wider world. When she brings up the topic with her friends in science, they too often don’t know about the risk of a potential population crisis. “We want [the rate of population replacement] to be 2.1, but in the US it’s 1.6, and in Japan it’s 1.3,” she says. “That means that we are very quickly turning into an upside-down pyramid society. If that continues, we’re going to be in serious trouble by then. I think we could see a future similar to The Handmaid’s Tale. I used to read that book and thought it would never happen – but now the science suggests it could happen.”

As for Aguilera Castrejon’s skepticism about whether it’s possible in his lifetime, Cohen says that we need less talking, and more action. “I’m worried we’re seeing a trend where that’s going to hit us in 2045, and there are two alternatives,” she says. “One is we get into this scary dystopian future, or we start working on the science and building what would help us outmaneuver that.” 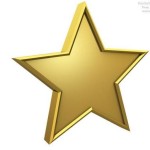